How to Pinpoint Some Serious Issues with Your Car's Braking System

Do you ever get the feeling that there is something wrong with your car, but can't quite put your finger on it? Even more worrying, you may think that it has something to do with the braking system and are of course worried about your overall safety. So that you can help your mechanic understand what may be wrong, what do some of these specific symptoms mean? Moving from the Straight and Narrow
15 May 2017

Do Dogs and Rental Cars Mix? What You Need to Think About

Sometimes a family holiday includes the four-legged members of your family as well. Of course, travelling with a dog can add some logistical complications when you're looking at the availability of a car for rent in your destination. A little bit of homework is required, but there's no reason why your pooch can't easily come along for the ride. All-Inclusive Policy Does the rental company have an all-inclusive pet friendly policy?
30 November 2016

The transmission to your car is often one of the most expensive pieces to replace or repair, but it is also one of the most important parts of the car. Once it starts to slip, grind or otherwise act up, you want it replaced or repaired at once; ignoring any problems with the transmission can mean having the car get stuck in gear and facing even bigger repair bills. Note a few questions you might have about transmission and gearbox repairs so you know what to discuss with your mechanic and what to expect about their work.
30 September 2016

Life and Safety Over Rules: General Exceptions All Novice Drivers Should Expect on Stopping and Parking

As a start-up driver who has just completed their training, it is difficult to deal with some of the situations that you will encounter on the road. Particularly, stopping and parking present lots of challenges that can easily get you into trouble. A mistake can make you overlook a "no parking" or "no stopping" sign, forcing you to be towed into a nearby traffic authority centre. To add on that, some private property owners along the road forbid parking around their premises, and your vehicle will certainly be towed away if you cross the line.
9 September 2016

The Women Driving Australia: Females in the Heavy Haulage Sector

Like many blue-collar industries, the trucking sector is dominated by men. According to the Australian Bureau of Statistics, in 2013, only 20% of Australia's truck drivers were women. Despite its 'boys' club' image, however, women who work in the sector report strong job satisfaction. Female truckies say they are attracted by the excellent rates of pay, flexible working hours and the thrill of being in control of massive B-doubles. That said, for many hiring managers in the sector, old habits die hard, and women still find it difficult to get a start in the industry.
11 August 2016

Rule Your Fuel: Choosing The Best Fuel Usage Policy For Your Needs When Hiring A Car

There are as many good reasons to hire a car as there are companies offering excellent car hire deals, but as with everything else in life, keeping an eye on the small print is essential. In particular, you should pay very close attention to the fuel policy your hire car comes with -- a variety of different fuel policies are available, with some car rental companies selling you fuel themselves. Choosing the best fuel policy for your needs and overall mileage can save you a substantial amount of money in the long run, so pay close attention to your prospective car's fuel policy before dropping your hard earned cash.
28 July 2016

Your car's spark plugs play integral roles in igniting the air and fuel mixture to kickstart the engine. The continuous ignition keeps your car running, but if the spark plug fails, then there could be many repercussions when it comes to performance. If you notice any of these indicators of failed spark plugs, head to the auto mechanics immediately to restore the normal performance of your car. Delayed Acceleration A clear indicator of a spark plug failure is when your car experiences poor or delayed acceleration.
8 July 2016

Scratch and Dent Repair Procedures for the Avid DIY-er

Getting any accident with your vehicle is distressing, whether major or minor. Going through the insurer can be stressful for minor repairs, making it simpler to just take care of the repair yourself. If you're handy around the home, you can easily fix minor scratches and dents by carefully following the instructions in the following paragraphs. However, major repairs should be done by a professional in an auto-body repair shop. Read on to learn how to fix your minor scratches and dents.
15 June 2016

Paintless Dent Removal: What to Expect During the Process

Often cars are grazed with minor dents and dings following low-speed fender benders or from car doors, shopping trollies, or hail and sleet. Paintless dent removal is the easiest technique of resolving dents and dings on automobiles without the need for extensive repairs, sanding, or repainting of the vehicle. If your car has suffered any form of minor body damage, you do not need to incur huge costs for repairs. Read on to find out about paintless dent removal and what to expect from your auto repairs dealer during the process.
27 May 2016

Here's Why You Should Lease Courier Vans Over Buying Them

Do you want to start a delivery company? Well, one of the most important elements you should consider is whether you will buy or lease your delivery vans. By buying delivery vans, you add value to the fixed assets of your firm. You can sell or trade them in with other assets at any time. However, the purchase also comes with a host of other associated expenses. A good example is the recurrent expenditure of maintaining the vans. 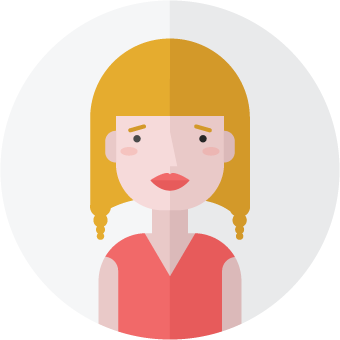